Artur Vassylyev, Artsyl’s founder and Chief Technology Officer is passionate about the company’s vision, solution roadmap and its ongoing research and development efforts and achievements. Known worldwide for his research in structured and unstructured forms processing, Vassylyev was one of the core developers of one of the first engines for semi-structured forms processing. An active presenter in recognition technologies at symposiums and conventions including BFMA, ARMA, TAWPI and AIIM, he is sought out to consult on business process automation projects and implementations worldwide. 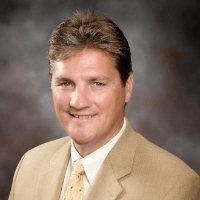 Jeff Moore oversees Artsyl’s global sales and marketing strategy and execution. With over twenty-five years’ experience in business, information technology and sales leadership, Jeff is focused on empowering customers to capitalize on the full potential of smart process automation, while building strategic relationships with technology and distribution partners so they can deliver greater value to their clients.

The majority of Artsyl’s development is performed by a core team of developers in the Ukraine, with support from development teams in Canada and the U.S. The Development team is comprised of certified specialists in the field of IT, data science and applied mathematics. Artsyl’s highly experienced QA team ensures product quality, and provides peer review to promote collaboration and innovation throughout the organization.

Artsyl’s sales team members come from technology backgrounds, including many former developers. The sales team is dedicated to helping businesses in a wide range of industries improve productivity and efficiency by automating routine processes. To advance that mission, the team actively pursues relationships with technology and distribution partners to broaden the reach of Artsyl solutions.

The Artsyl marketing team’s mission is to empower resellers and partners to identify and deliver business process automation solutions to their clients, and to educate the market about the possibilities of business process automation and intelligent data capture. Whether the team is developing thought leadership content and case studies to elevate awareness or executing promotional campaigns to deliver leads and build sales pipelines for channel partners, the Artsyl marketing team measures its success according to the achievements and results experienced by our partners and their clients.